WHERE AM I NOW? Currently I'm in Louisiana.

The name Eostra, a goddess of spring and fertility, was honored with feasts during the month of April.  It’s from her that the holiday of Easter takes its name.  One of Eostre’s symbols was the rabbit, because of the animal’s well-known fertility. 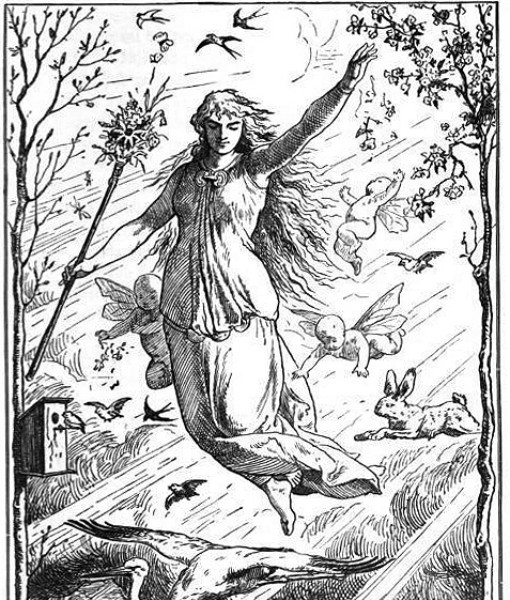 Rabbits were seen as a good omen of growth, rebirth, abundance, new beginnings and good fortune. Of course, these are all concepts closely tied to Springtime and the celebration of Easter.

Between Christmas trees and the Easter Bunny, we owe a lot to the German immigrants who brought their holiday traditions with them when they came to America. In the 1700s, Germans first imported the concept of Osterhase (the German name for the Easter Bunny) to Pennsylvania. The children’s custom of making nests for the Easter Bunny to fill with colored eggs eventually spread around the country. Over time, Americans replaced the nests with Easter baskets and chocolate treats were added to the mix.

While Easter is now primarily observed as a religious holiday and the secular customs of the Easter bunny are generally thought of as wholly separate from Christian beliefs, the histories of the religious and the secular aspects of Easter are more entwined than you may think.  Early Christians celebrated Passover at this time of year.


It was when they tried to convert the pagan Germans, who were reluctant to abandon the customs of Eostre’s feast, that Christians chose to adapt those customs to their own beliefs, thus creating the modern Easter and uniting Jesus with the Bunny.

So from me to you... Happy Springtime!!