WHERE AM I NOW? Currently I'm in Louisiana.

One of the first things I wanted to do when I purchased my RV was to visit every State Park in my home state of Louisiana.  There are 22 and all are on or near water.  I've traveled throughout the state in the past but never really got off main highways so now it's time to stop and smell the pine.

I'm starting at the tip of the boot of the state then work my way up.  Most of the parks are along the perimeter of the state and flow in a sort of circle.  I've divided the trip into two parts.  The first part will take me to 6 parks that are not in alignment with the others in my planned circle.  So I will see them first, taking a week or so, then return home.  When I leave again in March I will visit the rest and probably be gone for 3 months.

I have decided not to travel to Washington D.C. in March for the rally.  I just can't fathom the thought of driving in a large city, then having to take a bus to get to where I want to go.  Most of all, I can't afford the cost of campgrounds in that area.  Traveling in Louisiana using my Senior Pass will save me lots of money.  Staying on the road for a few months still won't be as expensive as going to D.C. - so I've changed my plans.

I arrived at Bayou Segnette State Park around noon and have a nice spot but not near the water.  Only the cabins are on the water and RVs are not allowed in that area.  Bummer!  I would like to find a place to do some fishing.  I paid for 2 days but wish I would have only paid for one.  The lots are large and spacious, however, my picnic table is behind my coach.  I don't like that.  The asphalt is elevated pretty high and very narrow so my outside rug near my door slants off onto the ground and I've tripped over several times while walking outside.

I walked down one of the nature trails and rode my bike around the campground.  It's nice and quiet and clean.  It's located about 30 minutes from the city of New Orleans. 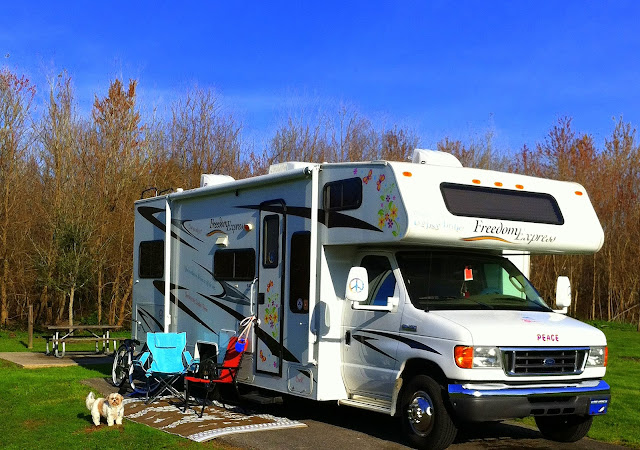 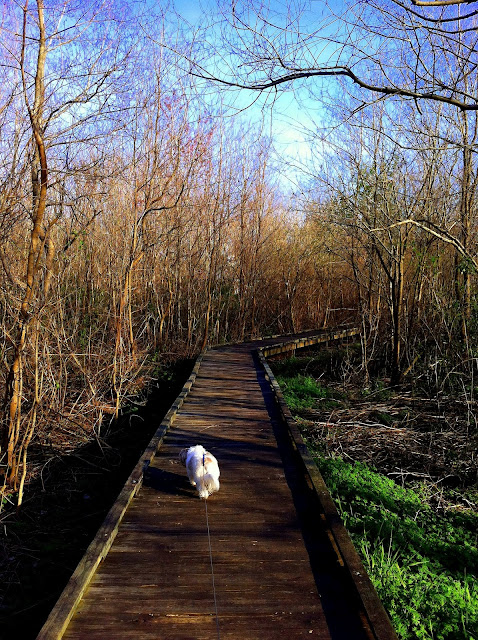 Had a problem with a burnt fuse that works the refridgerator.  Replaced it.  Today while using the microwave the breaker flipped off and shut everything down.  I was using the A/C as well.   I flipped it back on but nothing happened.  I waited a while then went outside and unplugged the cord and then plugged it in again.  Turned the 30 amp breaker back on and went back inside the coach.  Everything was fine.  I just can't use that damn microwave if anything else is on.

Had a bit of a migraine all day and am still fighting it tonight.  That's the second time I leave for a trip and suffer with a migraine on the first day.  Hummm, seems like a pattern is forming here.  This is supposed to be relaxing.  However, I understand that traveling solo is a bit intimidating because everything falls on you.  There's no one else there to help out with any of the chores or the worries.  I sure would like to have someone travel along in their RV.

Supper time.  Not sure what I'll fix tonight.  I brought along about 10 new movies but not sure which one I'll watch.  I think I need a glass of wine first.  All these decisions make my head hurt.
Posted by momi yaya at 6:46 PM